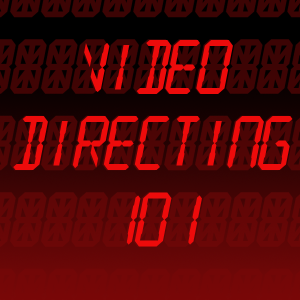 Seeing something is so much better than just talking about it. That’s the entire premise of the idea that video plays a crucial role in communicating the Gospel. So, it’s time to practice what I preach and critique some recent video at our Christmas Eve service.

Our Christmas Eve service had some exceptional special music. As a church, we don’t usually have special music, so it gave us a chance to do some extra stuff on the video that we don’t normally do. I took it as a great training opportunity. Instead of just writing this up for our team, I wanted to share it here as well.

A couple of observations to help frame the discussion:

It was time to try some things and see what happened! As you watch the video, think of the next shot you would take and when you would need to communicate that to the camera op. These are slower songs, shot with 3 cameras. A lot more could be done with video, but here’s what we came up with.

This first video is of my beautiful wife, Rose, singing, “Messiah.” I love to hear her sing and think she knocked this one out of the park – not just singing, but worshipping. Good stuff.

This second video is of the very talented  Julia Register singing, “O Holy Night.” She is a strong member of our team both in talent and character. She hits her stride at the 3:45 mark, where she simply nails the hauntingly, beautiful melody of this song. Phenomenal.

Let’s pick the directing apart and give some detailed feedback to see how we can improve. This may be nitpicky, but I believe scrutiny makes us better.

I directed the first one, and Ed, one of my directors-in-training directed the second one. Keep in mind that I have been working in professional video for 16 years, and directing consistently for two-thirds of that time. I started working with 4 individuals to help me direct in January of 2013. I generally schedule each person once a month. Ed has directed about 12 times, or less (there’s a few assisting times thrown in there as well). I’m super proud of him and think you’ll agree that he is doing a great job. Given that distinction (12+ years to 12+ times), there really is not that much difference between these two songs.

I hope others enjoy this peek behind the curtain into our process.

One thing I have learned this year is that my training schedule of having 4 directors (each serving once a month) has not been a very good plan. I am a strong believer in setting up your team for success, and it is challenging to learn all the technical specifics and develop finesse at the same time. Be that as it may, our team is making progress, has a great attitude, and consistently delivers. So although it is not optimal, we are learning. Also, I could train better by not being so heavy handed and wanting to take over (something I believe they will appreciate me admitting here).

Feel free to offer constructive feedback or ask questions in the comments section below.